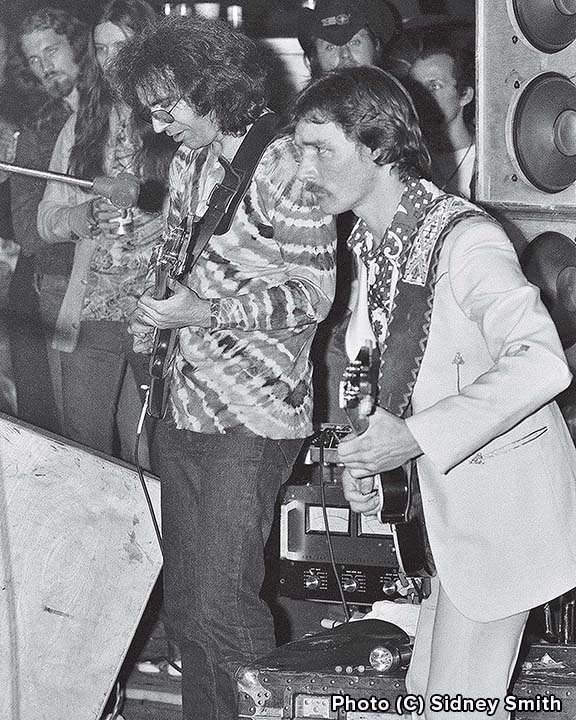 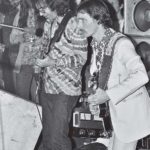 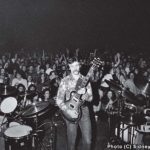 Jerry Garcia and Dickey Betts playing guitar at the Cow Palace in San Francisco on New Years Eve, December 31, 1973. This Allman Brothers concert, promoted by Bill Graham, was a MAJOR event which was broadcast live on radio stations all across America. Many musicians and celebrities were on hand for the show, including members of the Grateful Dead who were tripping that night and apparently decided that the ABB should share in the experience. Unbeknownst to anyone, the Dead dosed just about everyone in the Allman Brothers entourage. As Dickey told me later, he was onstage and all of a sudden, the neck of his guitar started to grow longer and longer. Meanwhile, Butch Trucks told me that he was attempting to play drums and his sticks were turning into rubber. In these photos you can see that Jerry is clearly enjoying the experience while Dickey is struggling to stay focused.  (page 103-C)