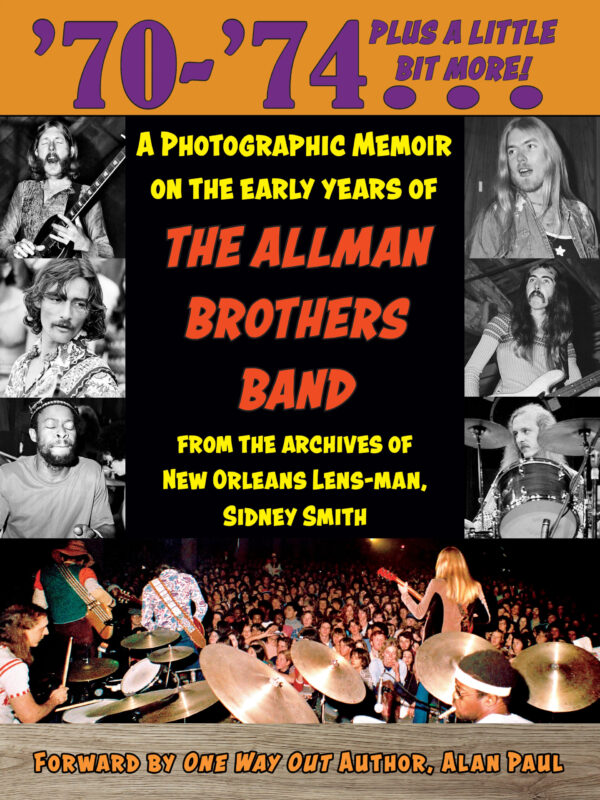 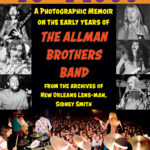 Order your book now! After payment is confirmed, your order will be shipped within 48 hours.

A Word From The Photographer…

I would like to thank everyone for allowing me to photograph this very special era of music which I was able to capture from 1970 and beyond.

1970 was a traumatic year for me. A few months after the death of my father and one week prior to my 16th birthday, the nation witnessed the horror of 4 college students at Kent State University shot to death by our own National Guard. The ongoing war in Vietnam, along with the Kent State tragedy, mobilized national protests by high school and college students alike. The college campuses were alive with music and camaraderie among the young. And the times, they were ‘a changing.

The Beatles disbanded. Revolution was in the air. Woodstock was behind us.

By the fall of 1970, my musical antenna was up when I witnessed the power and presence of the Allman Brothers Band in person. This was a band for the ages with a sound that had no equal. Their blend of joyful, rhythmic, and pulsating music drew us all together. Through these five decades, I have felt the overwhelming love that this band has given to its audience. I am happy to share with you some of the private as well as not so private moments. My intention was to ride the wave and to make it last as long as possible. I had no idea that I would still be involved with the ABB family almost 50 years later.

Over the years, the band played on and they continued to welcome me into their inner, growing circle of friends and family. This allowed me to share in the experience as new members were added and the family matured.